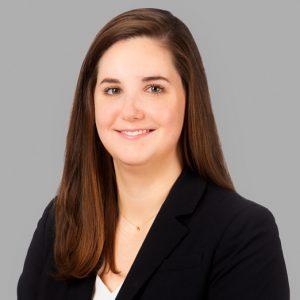 Cameron has experience defending medical providers in state and federal courts and responding to complaints against medical providers from medical and nursing boards.  In addition, Cameron has worked on professional liability, coverage actions, and general civil litigation matters.

Cameron graduated from the University of North Carolina School of Law.  While attending UNC, Cameron served on the Executive Boards of the North Carolina Journal of International Law and the Innocence Project, was a member of the Pro Bono Board, and was recognized for her pro bono service. Cameron honed her legal research and writing skills at the North Carolina Court of Appeals while serving as a judicial extern in Judge Mark Davis and Judge Allegra Collins’ chambers.  She also worked in the General Counsel’s offices of both a North Carolina hospital and one of the world’s largest contract research organizations.  Cameron gained experience working for both plaintiffs and defense firms while interning for two North Carolina law firms during law school.

Prior to law school, Cameron worked as a senior paralegal on healthcare fraud cases and Foreign Corrupt Practices Act cases for the Department of Justice’s Criminal Division Fraud Section.  During her time at DOJ, Cameron primarily supported the Miami Strike Force and was a member of the trial team for three trials in the United States District Court for the Southern District of Florida.  As a paralegal, Cameron was involved in cases ranging from the initial stages of an investigation through appeals.

Cameron graduated from Davidson College with a Bachelor of Arts in Political Science. 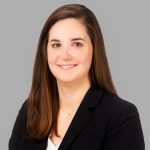