Ryan Shuirman has practiced in Raleigh since his admission to the North Carolina State Bar in 1999 and has, for… Read More

Ryan Shuirman has practiced in Raleigh since his admission to the North Carolina State Bar in 1999 and has, for the vast majority of his career, defended individual healthcare providers and hospitals in malpractice litigation and before the various licensing boards. Ryan has experience in defending providers in the fields of emergency medicine, neurosurgery, obstetrics and gynecology, neurology, general surgery, orthopedics, internal medicine, radiology, thoracic surgery, and other specialties. He regularly appears in the Superior Courts throughout the State and before the North Carolina Industrial Commission.

Ryan has an AV rating with Martindale-Hubbell and has been recognized several times by the publishers of Legal Elite and SuperLawyers. In 2022, he was recognized by Best Lawyers in America®. Ryan has served as the Chair of the Wake County Bar Association and Tenth Judicial District Professionalism Committee and also served on the Bar Grievance and Swearing-In Committees. He is also a member of the Susie B. Sharp Inn of Court and is a past chair of the Ethics Committee for the North Carolina Association of Defense Attorneys.

Ryan Shuirman grew up in Dover, Delaware, before graduating from the University of Virginia with a BA in Government and Wake Forest University School of Law. 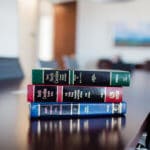 Cranfill Sumner LLP today announced Ryan Shuirman and Charlie Raphun have joined the firm’s Raleigh Office. Shuirman is a Partner with the firm, and Raphun is Of Counsel.… Read More